New York Giants: Can Darius Slayton be a WR1 for the Giants? 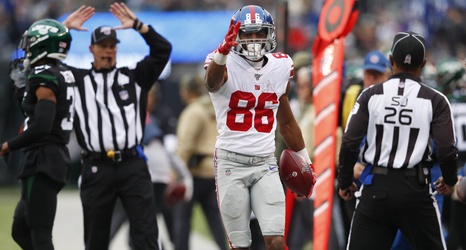 The New York Giants could elect to invest in a wide receiver in the upcoming 2020 NFL Draft, however, they have plenty of talent at the position they should be confident in.

Second-year player Darius Slayton is one of the pass-catchers who I believe can develop into a WR1 for the Giants, who are looking to make up the lost production ever since Odell Beckham Jr. was traded to the Cleveland Browns.

Slayton’s inception into the NFL was rocky coming out of Auburn. He started rookie camp dropping everything in sight, instantly starting off on a bad note with the coaching staff.