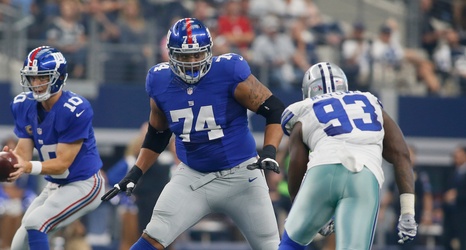 Over the course of the past two seasons, no player has become a more polarizing figure to New York Giants fans than Ereck Flowers. Heralded for his upside when he was drafted in 2015, Flowers has failed to live up to the hype in his two NFL seasons.

Though some have called for Flowers to be moved to a different position along the offensive line, the head coach hasn’t yet lost faith in his tantalizing left tackle.

The Giants selected Flowers at No. 9 overall in the 2015 NFL Draft. He was selected one pick before Pro Bowl running back Todd Gurley, which inevitably added salt to the wound of New York spending a draft pick on a player who regressed between 2015 and 2016.