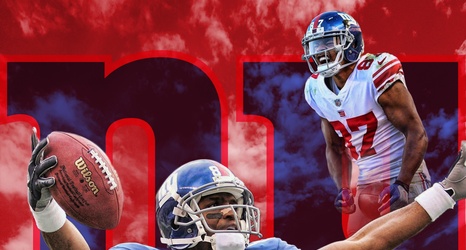 New York Giants legend Amani Toomer recently gave his take on the state of the Giants’ roster. Toomer, a Super Bowl champion, spoke to the New York Post and made headlines for what he said about the team’s playmakers. Amani Toomer referred to the Giants’ wide receivers as a “lacking” unit.

Amani Toomer was hard on the Giants’ receivers. His criticisms were harsh- but they were valid. Toomer’s statements were accurate. The Giants’ wide receivers are lacking. Toomer made a few more specific statements on individual players and most everything he said was true.