New York Giants: 3 players to watch against the Eagles in week 14 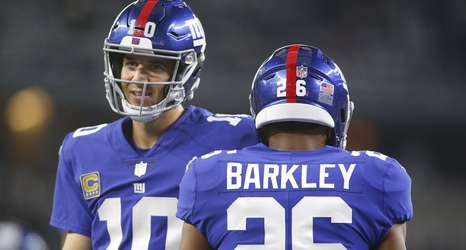 The New York Giants are preparing to face off against the Philadelphia Eagles in yet another NFC East showdown, except this time, one of the two teams is already eliminated from playoff contention in their first meeting of the season.

With rookie passer Daniel Jones ruled “out” for the game, veteran Eli Manning will get the nod, returning as the starter after being benched earlier in the season. Jones suffered a high ankle sprain against the Green Bay Packers in a snowy game at MetLife.

Jones’ injury isn’t expected to be too serious, as he’s already riding the bike and rehabbing.