New York Giants: 3 pass rush prospects to stay away from and why 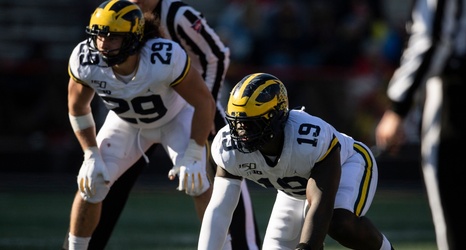 Thanks to “The Magician” Patrick Graham, New York Giants defensive coordinator, the team ranked 12th in total sacks last season with 40. Despite Lorenzo Carter and Oshane Ximines missing a majority of the 2020 season due to injury, Graham managed to scheme a pass rush but landed in the adequate category. He primarily utilized players like Carter Coughlin, was was drafted in the seventh round last year, and Jabaal Sheard, who was plucked off the Jacksonville Jaguars practice squad mid-season.

Utilizing a fantastic interior pass rush composed of Leonard Williams and Dexter Lawrence, Graham managed to extract the most out of some of his better players, masking deficiencies at outside linebacker.