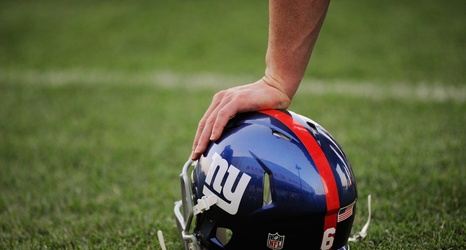 Rysen John wasn’t a name many were discussing during the lead up to the 2020 NFL Draft, but maybe they should have been. Nonetheless, NY Giants GM Dave Gettleman was thrilled to see him go undrafted so he could pounce on the converted tight end.

John started in Canada at Division II Simon Frasier University, using his towering height to bully his competition. The 6’7 specimen played wide receiver at a Canadian college, but he simply won’t have the athleticism required to be able to give that position a go in the NFL.

No matter, though, as he projects to be an enticing tight end prospect if he can fill out his 240-pound frame.