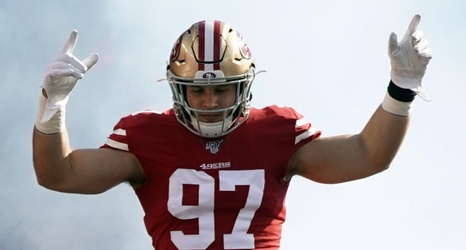 When Jimmy Garoppolo tore his ACL in September of 2018, it scuttled the season for the 49ers. But it also made them stronger in 2019 and helped bring them to within a game of . That’s because by winning just four games they were able to secure the second overall pick in the draft in April and selected defensive end Nick Bosa.