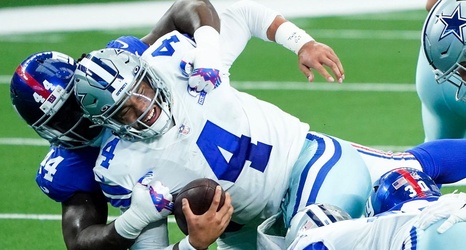 Before last week’s game against the Cowboys, defensive coordinator Patrick Graham pulled linebacker Markus Golden aside for a quick word. Golden had been something of a forgotten player in the Giants’ rotation up to that point, playing only a handful of defensive snaps in the first few weeks.