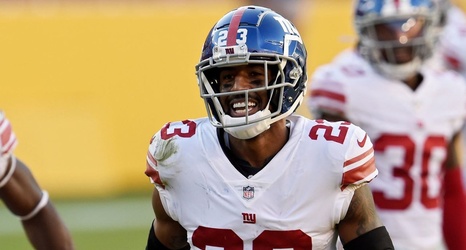 Logan Ryan of the Giants reacts after making an interception in the fourth quarter against the Washington Football Team at FedExField on Sunday in Landover, Maryland. Credit: Getty Images/Greg Fiume

Logan Ryan loved his role in the defense during his two-season tenure with the Titans.