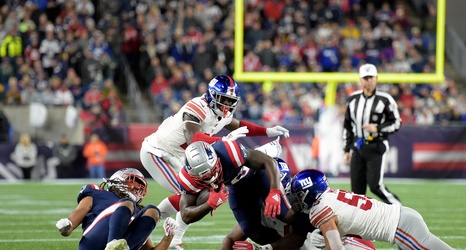 Despite spending seven of their ten 2019 draft picks on defensive players, the New York Giants will still be seeking defensive help and upgrades in the upcoming offseason. They will likely add players at all three levels and could possibly have a new defensive coordinator running things in 2020.

That aside, which players on the roster are in danger of losing their roster/starting spots after this season? I’m not expecting them to continue on with 35-year old Antoine Bethea at safety and Alec Ogletree at inside linebacker. No one is sure yet if the Giants will throw good money after and sign Leonard Williams to a lucrative extension.