Kyle Rudolph signs contract with Giants, set to have foot surgery 'as soon as possible' 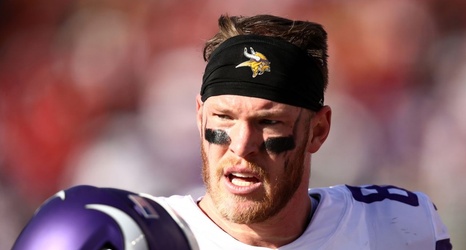 Kyle Rudolph #82 of the Minnesota Vikings looks on from the sidelines during the first half of the NFC Divisional Round Playoff game against the San Francisco 49ers at Levi's Stadium on January 11, 2020 in Santa Clara, California. Credit: Getty Images/Ezra Shaw

After what he called an "interesting" and "unexpected" 24 hours that saw his signing with the Giants delayed because of concerns the team found during his physical on Tuesday, Kyle Rudolph finally signed his two-year deal with the team. One of his first acts as a Giant? Surgery.

The veteran tight end said he will undergo a procedure to correct an injury to his foot "as soon as possible" and he expects to be on the field with his new team for training camp.