John Ross knows health has been his biggest obstacle 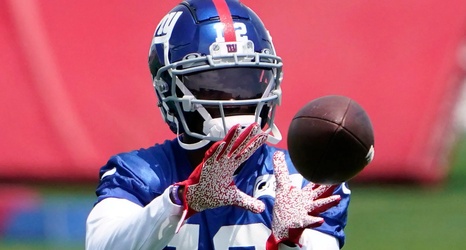 John Ross’s NFL career has not gone according to plan. Drafted ninth overall by the Cincinnati Bengals in 2017, the speedy wide receiver was supposed to use his record-smashing 4.22 40-yard dash speed to become a play-making star in Cincinnati.

Things have not worked out that way. Ross, now trying to make the New York Giants roster, fully understands why.

“My story is obviously out there. I think my biggest thing isn’t my ability, it’s my availability and me being healthy,” Ross said. “You can tell when I’m not healthy, you can see when things aren’t going right, and I think that’s my biggest thing.