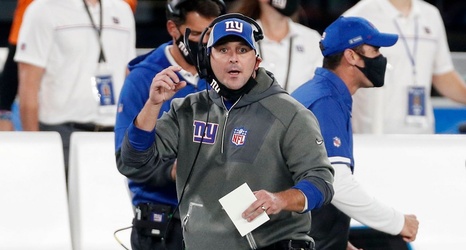 New York Giants head coach Joe Judge reacts on the sidelines during the first half against the Pittsburgh Steelers at MetLife Stadium on Monday, Sep. 14, 2020 in East Rutherford, New Jersey. Credit: Jim McIsaac

Ray Perkins was in town for a practice at Southern Mississippi in the spring of 2012 and shared some coaching wisdom that Joe Judge never has forgotten. Judge was an assistant at the school before taking a job with the Patriots later that year, and Perkins was coaching at nearby Jones County Community College as his career was winding down.

The two shared memories of their time at Alabama – Perkins as head coach for his alma mater, where he succeeded legendary Bear Bryant from 1983-86, and Judge as an assistant under another Alabama legend, Nick Saban.