Jim Fassel, Who Coached Giants to Super Bowl, Dies at 71 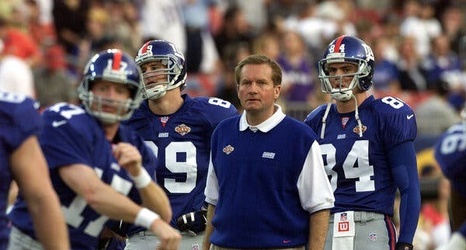 Jim Fassel, who was a longtime architect of offensive schemes in the pros and collegiate football and reached the pinnacle of his career when he coached the Giants team that reached the 2001 Super Bowl, died on Monday in Las Vegas. He was 71.

The Giants reported the death on its website. His son John, the special teams coordinator for the Dallas Cowboys, told The Los Angeles Times that the cause was a heart attack.

Fassel, who lived in the Las Vegas area for many years, told sportswriters in late November 2000 that he was “shoving my chips to the center of the table” in guaranteeing that his Giants team, 7-4 after a loss to the Detroit Lions, would reach the playoffs.