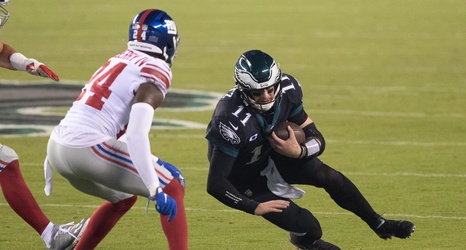 Former Giants cornerback will be staying in the NFC East

James Bradberry will still be in MetLife Stadium this year. He’ll just be wearing green on his jersey.

The Philadelphia Eagles signed Bradberry to a one-year, $10 million contract on Wednesday, multiple sources reported. $7.5 million of that is guaranteed.

James Bradberry’s one-year deal with the Eagles will pay him $7.5 million, including $7.25 million guaranteed, and another $2.