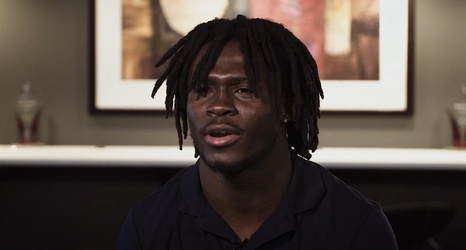 The New York Giants have been making a lot of moves in order to free up cap space this offseason.

We already know that New York restructured the contracts of offensive lineman Nate Solder, linebacker Blake Martinez and cornerback James Bradberry, but it turns out that they re-worked cornerback Issac Yiadom’s contract.

Dan Duggan of The Athletic says that Yiadom took a pay cut.

The Giants currently have $5,589,073 in salary cap space, according to Ralph Vacchiano of SNY. Which is enough to sign more free agents to minimum deals as well as their draft picks for later in the month.