Instant analysis: Daniel Jones, other youngsters give the Giants hope 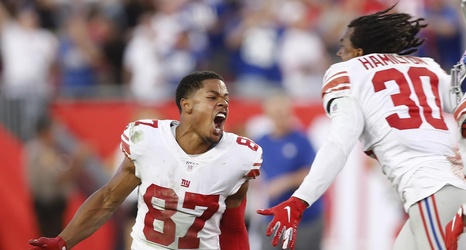 The New York Giants won a football game Sunday. That’s the bottom line. It’s what the box score and the standings will say, and what history will reflect. They defeated the Tampa Bay Buccaneers, 32-31.

Really, though, they won something far more important than that.

They won the right to hope.

Things have been mostly bad for the Giants for too long now. Far too long. Something had to change to begin to remove the stench, to give the fans, the players and the entire organization some sense that things were going to get better.