How should Giants approach moving on from Eli Manning on second half of season? | Talk Is Cheap (PODCAST) 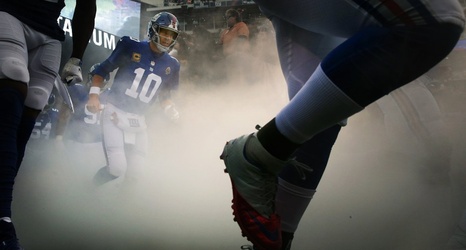 The Giants are once again in the midst of a lost season, finishing the first-half 1-7, with a winnable game against the 49ers in San Francisco looming when head coach Pat Shurmur's team returns from the bye week.

Could rookie quarterback Kyle Lauletta, who was arrested Tuesday for a traffic violation, replace Eli Manning in Week 10? Shortly after?

"We'll see," Shurmur said Monday at the Quest Diagnostics Training Center, when asked directly if Manning would start against the 49ers in two weeks. "I think ... Eli is our quarterback.