How many picks do the New York Giants currently have in the 2021 NFL Draft? 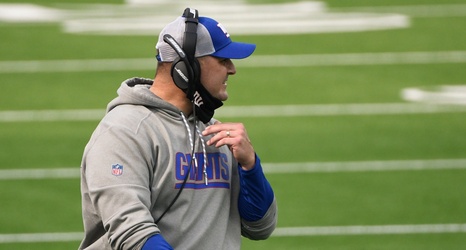 The New York Giants are heading into an integral part of the season with the November 3 trade deadline coming up. They’ve already begun to make moves, sending outside linebacker Markus Golden to the Arizona Cardinals in exchange for a sixth-round pick.

However, I expect more deals to be done before the deadline, considering the Giants went into the week with just five picks in the 2021 NFL draft.

Here’s a look at all the New York Giants picks after the Golden trade:

Luckily, the Giants haven’t found a way to give away their first-round pick just yet, as general manager Dave Gettleman is known for his desire to give away selections.