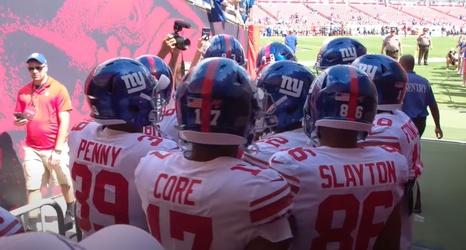 Despite the fact that the New York Giants experienced a crushing final minute loss to the Philadelphia Eagles, some of their players had some encouraging Pro Football Focus grades.

When it comes to the Giants’ offense, the highest graded player was wide receiver Sterling Shepard with a 78.