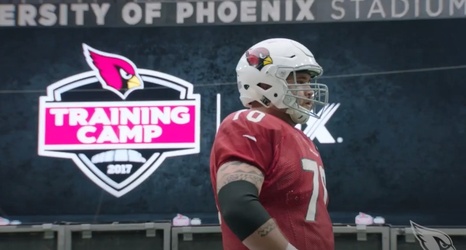 With veteran Jonotthan Harrison on on the physically unable to perform list, the New York Giants tried to claim Lamont Gaillard off of waivers last week but were unsuccessful.

Now Big Blue decided to work out free agent center Eric Boehm on Tuesday as they continue to search for depth at the position.

Boehm was a fourth round pick of the Arizona Cardinals back in 2016 and has also spent time with the Los Angeles Rams, Indianapolis Colts, Miami Dolphins, Buffalo Bills and most recently the Jacksonville Jaguars.