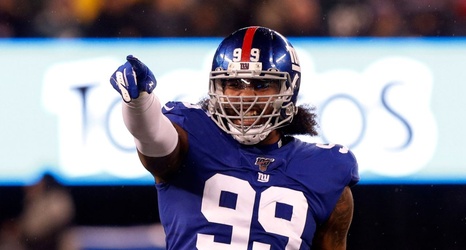 Leonard Williams of the Giants reacts after his sack in the first half against the Philadelphia Eagles at MetLife Stadium on Dec. 29, 2019. Credit: Jim McIsaac

The Giants are doubling down on last year’s mid-season trade for Leonard Williams and will apply the franchise tag to the defensive lineman on Monday to keep him beyond the eight games he played for them in 2019, according to a source.

Had the Giants not tagged Williams, he would have been an unrestricted free agent and eligible to begin negotiations with other teams as of noon on Monday. This, of course, is all assuming that the league’s calendar is not affected by the societal changes that have been implemented in response to the spread of the coronavirus.