Giants vs. Lions, Week 11: What to expect when the Giants have the ball 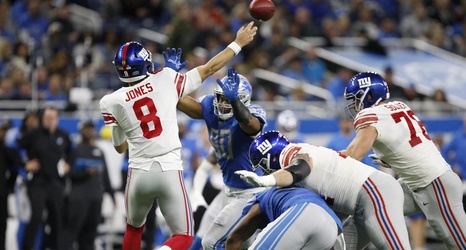 The 7-2 New York Giants will host the 3-6 Detroit Lions in Week 11. The Giants are looking for a win before their quick turnaround leading up Thanksgiving’s game against the Dallas Cowboys.

It would seem on paper that the Giants have another golden opportunity against the Lions, a team that plays hard but has been overmatched throughout the first half of the season. Those who cover the Lions believe that they’re a “team on the rise”, and they certainly do play each of their opponents hard.

A big part of the Giants’ success this year has been to play disciplined football, exploit opponents’ tendencies, and do just enough on offense to come out on top in close games.