Giants' unity of purpose a tribute to Joe Judge 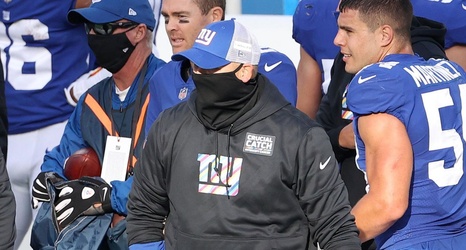 Joe Judge of the Giants looks on from the sidelines in the final moments of his first win against the Washington Football Team at MetLife Stadium on October 18, 2020. Credit: Getty Images/Al Bello

There have been mistakes, botched assignments and turnovers through the first six weeks of Joe Judge’s tenure as the Giants’ coach. But there’s one important thing we haven’t seen during a 1-5 start: Finger-pointing.

Even before the Giants finally broke through for Judge’s first win in a less-than-perfect 20-19 win over Washington on Sunday, there wasn’t a hint of discord among the players.