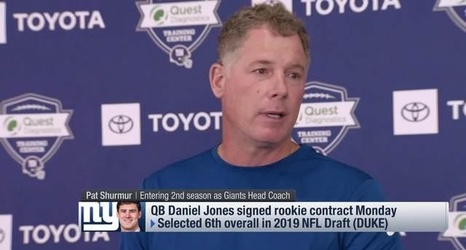 The last man to enter his second season as the Giants head coach was fired before it was over. This was after Ben McAdoo took the Giants to the playoffs for the first time in five years. That’s something that shouldn’t be lost on Pat Shurmur as he begins his sophomore year in charge of the Giants after going 5-11 in 2018.

Shurmur already knows a head coach can be gone after two years. It happened to him in Cleveland, where he went 4-12 and 5-11 during the 2011 and 2012 seasons. Add the three years together and Shurmur owns a less-than-impressive 15-34 record as an NFL head coach.