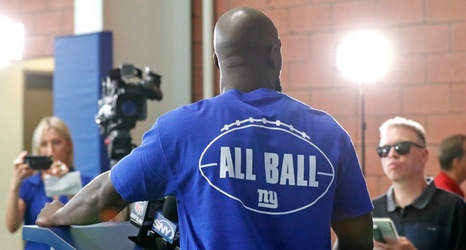 The T-shirt slogan is back on the backs of the Giants.

What was once a staple under the Tom Coughlin regime has returned, with players arriving at training camp this summer finding blue T-shirts with “All Ball’’ written on the back. There was no such messaging last season, coach Pat Shurmur’s first with the Giants, and there were no messages in Ben McAdoo’s two years running the show.

This year’s wording was devised by Pat Hanlon, the team’s senior vice president of communications. It is a nod to the present, not the past, and speaks to the culture of this team and the need for a singular focus.