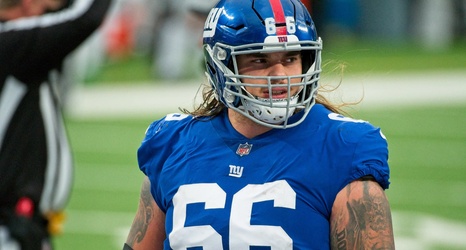 Lemieux suffered a partially torn patellar tendon in the first few days of training camp, and has been trying to play through it. He played 17 snaps Sunday against the Denver Broncos before being replaced by Ben Bredeson.

The 2020 fifth-round pick had started 10 straight games. He now has to miss at least three games before returning to the active roster.

Skura, a starter for the Baltimore Ravens the past four seasons, signed with the Giants practice squad on Sept.