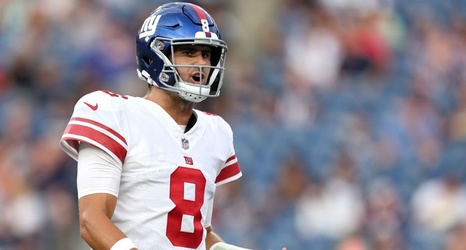 The New York Giants will have their starting quarterback available Sunday against the Green Bay Packers. Daniel Jones (ankle) wasn't even given an official designation on the week's final injury report, meaning he's good to go and likely to start.

Backup Tyrod Taylor was ruled out after suffering a concussion in Sunday's 20-12 win over the Chicago Bears. Jones and Davis Webb, who will be elevated from the practice squad, will be the Giants' active quarterbacks against the Packers. New York doesn't have any other quarterbacks on its roster.