Giants may have found an undrafted free agent stud 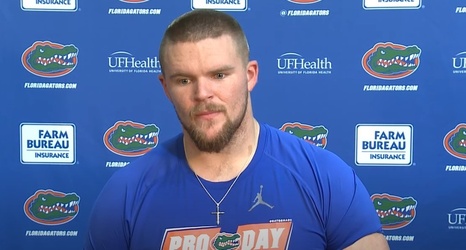 The New York Giants didn’t address their offensive line during this year’s NFL Draft, but they still might have found a rookie that could turn into a starter down the line and his name is Brett Heggie.

Heggie played center for the University of Florida along with Giants’ first round pick, wide receiver Kadarius Toney.

Ed Valentine of Big Blue View spoke with David Turner, a former scout and front office executive in the NFL, CFL and AFL and he says that Heggie is “an incredible center.”

“I watched a lot of Florida film.