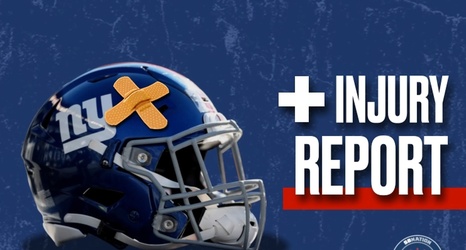 Rookie right tackle Evan Neal, out of the New York Giants lineup since suffering a sprained MCL Week 7 against the Jacksonville Jaguars, took a step toward returning on Wednesday when he returned to practice. Neal was a limited participant as the Giants began preparations for Sunday’s game against the Detroit Lions.

There is no word at this point as to Neal’s potential availability this Sunday.

Wide receivers Kenny Golladay (hamstring) and Wan’Dale Robinson (hamstring) also both showed up the injury report. Both were limited. Golladay, of course, returned to action last week after missing four games with a knee injury.