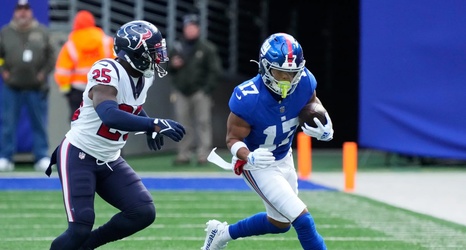 If Ezeudu, a rookie third-round pick who has been filling in for the injured Ben Bredeson can’t play, that leaves the Giants with an interesting decision.

Nick Gates, who has played 18 snaps as a jumbo tight end over two games since returning from last season’s fractured leg, is one option. Shane Lemieux, who entered training camp as the starter at left guard only to suffer a foot injury that landed him on IR and set off a merry-go-round at that position, is another option.