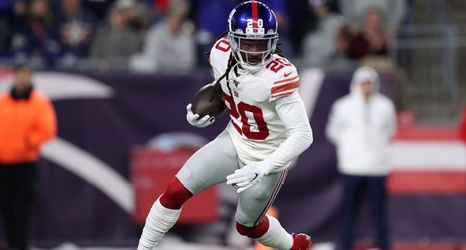 EAST RUTHERFORD, N.J. -- Cornerback Janoris Jenkins tweeted a disparaging remark in response to a critical fan Wednesday while the New York Giants were on the practice field.

Jenkins was not practicing because of an ankle injury. He was defending his play this season while his teammates were on the field. Jenkins took exception to a fan who asked why the stats Jenkins was using to showcase his effectiveness weren't contributing to any wins.

"I can only do my job.. retard," Jenkins tweeted.

Coach Pat Shurmur, when asked after practice about Jenkins' injury and his tweet, wasn't happy about his top cornerback's social media activity.