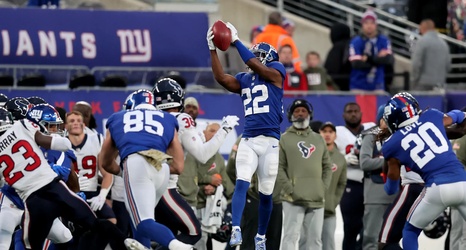 New York Giants right tackle Tyre Phillips has been downgraded to OUT.

Meanwhile, cornerback Fabian Moreau left the field early in the third quarter with a rib injury and has been ruled out of the game. The depth in the Giants’ secondary continues to be tested as injuries mount.

Adoree’ Jackson will apparently be out several weeks after injuring his knee on Sunday.

The injury occurred when he was returning a punt vs the #Lions.