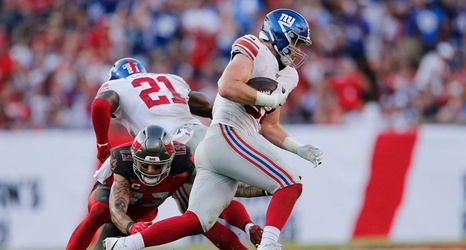 TAMPA, Fla. — It wasn’t the opposing defense that nearly ruined Daniel Jones’ first NFL start, it was his own. The much-maligned Giants unit allowed the Bucs to score points on all six of their first-half possessions. Starting cornerback Janoris Jenkins was getting torched by Mike Evans, captain and defensive signal caller Alec Ogletree was sidelined with a hamstring injury and the Giants were down 28-10 when they limped into the locker room.

That’s when things changed. For the better.