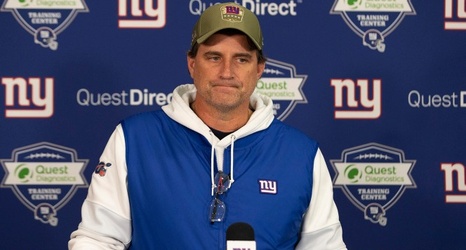 The Giants are considering retaining at least one voice in Daniel Jones’ ear that’s familiar.

Mike Shula, the Giants’ offensive coordinator for two years under Pat Shurmur, interviewed Monday with new coach Joe Judge. He is under strong consideration for a role on the staff, a source told The Post, but the Giants already hired Jerry Schuplinski as quarterbacks coach, which limits the options for Shula.

Judge is a former high school and college quarterback but never coached the position in his special teams background. Schuplinksi worked with Judge on the Patriots’ staff and drew praise from young quarterbacks Jimmy Garoppolo and Jacoby Brissett, now starting for the 49ers and Colts, respectively.