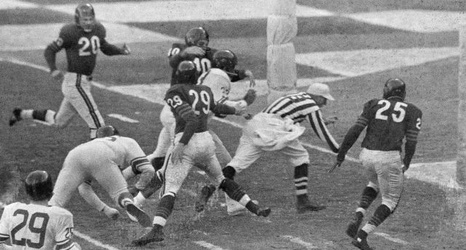 The Giants’ game against the Colts for the 1958 NFL Championship often is called “The Greatest Game Ever Played.”

Two years earlier, though, the Giants faced the Bears for the title in what many believe was a game with even more significance.

“I’ll always believe that that game and how it opened everyone’s eyes to the excitement of pro football was the key to the development of the NFL, more so than the 1958 title game that gets more attention,” Giants Hall of Famer Frank Gifford said 50 years after playing halfback in the win.