Giants’ Adoree’ Jackson embracing being a veteran in the locker room 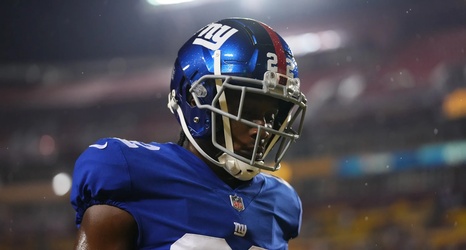 Since the New York Giants moved on from James Bradberry for salary cap reasons, all eyes have turned to Adoree Jackson as the veteran presence at the team’s cornerback position. At 27 Jackson is one of the oldest corners in the room and has been monitoring those around him.

It’s still early but so far Jackson seems pleased with the players around him. Aaron Robinson is coming into his second season with the Giants after missing time during his rookie season with a core muscle injury. Now being thrust into the CB2 role Jackson likes the competitiveness Robinson has shown.