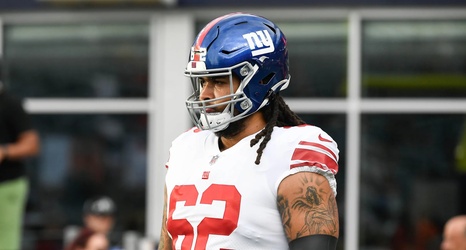 UPDATE: The Giants announced Wednesday that four offensive linemen will njot make the trip to Dallas for Thursday’s game. They are:

With question marks about the availability of several of their offensive lineman for Thursday’s game against the Dallas Cowboys, the New York Giants are re-signing Devery Hamilton to the 53-man roster. The news was first reported by Dan Duggan of The Athletic and subsequently confirmed by Big Blue view.