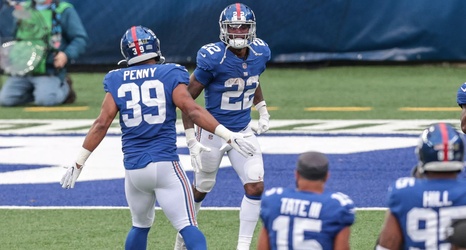 The New York Giants have gotten their running game going in the past few weeks. They put 166 rushing yards on the board against Washington back in Week 9, and last week almost matched that with 151 rushing yards against the Philadelphia Eagles. Obviously when Saquon Barkley was lost for the season, the run game became a big concern. But in the past few weeks they have posted their two-highest total rushing yards in a game for the entire 2020 campaign.

How have they done this? By turning to a few different designs on the ground.