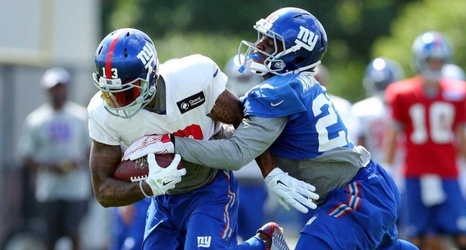 Prince Amukamara was the perpetual little brother during his five years with the Giants.

From the time he arrived as a first-round pick in 2011 to the time he left as a free agent after the 2015 season, the cornerback always seemed like a tagalong for the secondary. Oh, he started games and he contributed on the field. It wasn’t as if he was the mascot or the pity case. But there were always more established veterans around to sprinkle him with advice and explain to him how things ought to be done.

And for many, Amukamara’s most memorable moment as a Giant was when he was dunked in the tub by Jason Pierre-Paul in his second season, an episode taped and shared by Steve Weatherford.