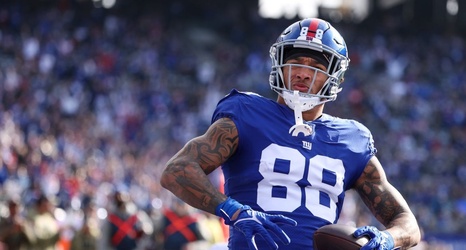 Evan Engram said he isn’t going into Sunday’s game against the Cowboys looking for payback.

"It’s not a circle game for me," the tight end said. "It’s never this guy versus that guy."

Still, after his last encounter with the Cowboys ended in a pair of dustups – he was shoved by safety Damontae Kazee late in the game which prompted teammate Kadarius Toney to come to his defense and throw a punch that led to his ejection, then after the game ended Engram was sucker-punched by safety Jayron Kearse in an exchange that escaped the cameras and thus went undisciplined by the NFL – Engram had a hard time holding back his enthusiasm for the upcoming meeting.