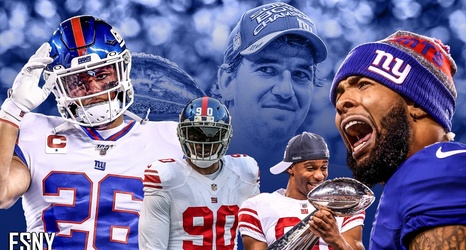 There he was, No. 10, facing the same opponent in the same situation just four years later. Eli Manning needed a play in the Super Bowl.

He got it. His sideline dart to Mario Manningham backed up a miraculous helmet catch that frequently accompanied words like “fluke” and “lucky.”

No more. That moment in 2012 cemented a quarterback’s legacy and helped kick-off a strange decade for the New York Giants. What unfolded the rest of the decade isn’t really the stuff of legend. Either way, the quarterback’s inclusion on ESNY’s All-Decade team is secure.