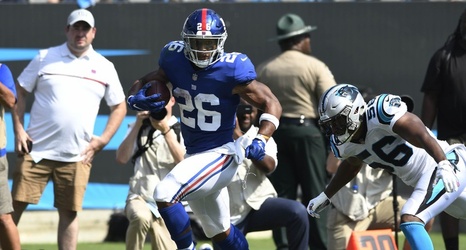 Despite the fact that the Giants enter Thursday night's mammoth NFC East showdown against the defending Super Bowl champion Eagles at 1-4, their season is far from over.

The rest of the NFC East did the Giants a monumental favor when Washington, the Eagles, and Dallas Cowboys all lost over the weekend, leaving New York 1.5 games back of the division lead.

Rookie running back Saquon Barkley, the No. 2 overall pick in April's NFL Draft, isn't ready to concede his team's chances of hoisting the Vince Lombardi Trophy in February.