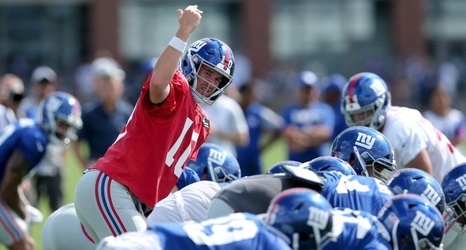 Turn on an Eli Manning game circa 2007, and you’ll see the longtime Giants quarterback directing traffic at the line of scrimmage. You'll see him notice the tiniest detail in the opposing defense, check out of an originally called play and call something to exploit that defensive playcall. You’ll see him using his brain just as much as his arm.

Turn on an Eli Manning game circa 2018, and you won’t see much of any of that.

That, Trent Dilfer, says, is partly why Manning and the Giants’ offense have struggled this season.

“I’ve said this about Eli, and I’ve said it for 10 years now, so this is not a new comment: Eli is best when he has total autonomy, control, whatever word you want to use, at the line of scrimmage,” Dilfer said Monday morning during a phone call to promote Panini America’s Panini Super Bowl Kid Reporter sweepstakes, for which he has been a coach since 2014.