Eli Manning: ‘I Got Out at the Right Time’ 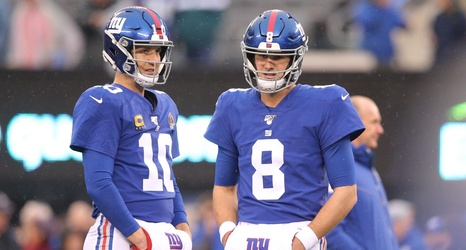 Eli Manning played in 236 games for the New York Giants, the most in franchise history. He started at quarterback in 234 of those games.

As a rookie in 2004, Manning played in nine games, starting the final seven and it wasn’t until 222 games later when an ill-advised benching by Ben McAdoo in 2017 finally sent him to the bench. That didn’t last long after public outcry. Manning started the next 22 games under center before giving way to his successor, Daniel Jones, in Week 3 last season.

Does Manning miss playing? Not really.