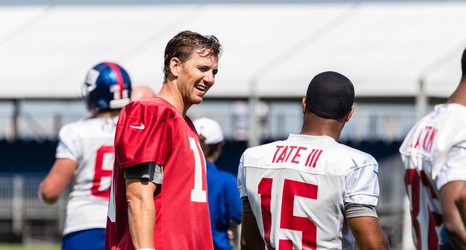 Golden Tate signed with the Giants thinking he would be catching passes from Eli Manning this fall.

It will finally happen Monday night — in Week 14.

By the time Tate came back from his four-game suspension to start the season, Manning had been benched and Daniel Jones was under center. But with Jones now sidelined by a sprained ankle and Tate back from a concussion, the wide receiver will get his first regular-season shot with Manning on Monday against the Eagles.

“Eli’s time is here again and I’m going to do my best job to help us win,” Tate said Saturday after practice.