Did the New York Giants find a stud defender in David Mayo? 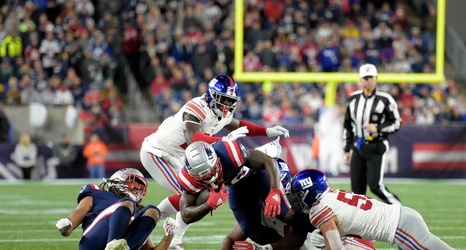 After rookie linebacker Ryan Connelly went down in week three for the New York Giants with a torn ACL, linebacker David Mayo subsequently filled his spot. The expectations for the position dropped to a low-point, but Mayo has risen to the occasion and played well despite the lack of confidence in his abilities.

When you hear the name David Mayo around the Giants, his mentality, intelligence, and tenacity are all part of the conversation. He’s the definition of an all-around solid player, and he’s played that way in the last few weeks. Handling the middle of the defense while Connelly is out wasn’t precisely what Mayo envisioned his role being this season, but he has had experience doing so before with the Carolina Panthers.