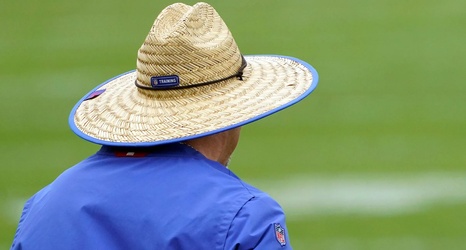 New York Giants GM Dave Gettleman has yet to hold a ‘state of the Giants’ press conference with New York media, something that has become a bit of an an annual tradition. Gettleman, though, spoke Tuesday to Bob Papa and David Diehl on Sirius XM NFL Radio.

Here are some of the takeaways.

Gettleman echoed coach Joe Judge, reiterating that the Giants want to be careful with the star running back. Gettleman pointed out that he was with the Denver Broncos organization when Hall of Fame running back Terrell Davis had his career cut short by recurring knee and other injuries, and he doesn’t want to be part of watching that happen to Barkley.