Cowboys top Giants to pull away from NFC East rivals 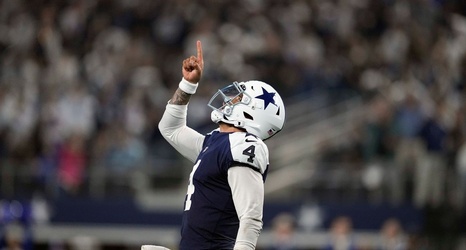 ARLINGTON, Texas -- Four days after their most lopsided road victory in franchise history and a game that turned Jerry Jones into a believer that his team can win a Super Bowl, the Dallas Cowboys won again Thursday, beating the New York Giants, 28-20.

Both teams entered Thursday at 7-3, locked in a tight NFC East race behind the 9-1 Philadelphia Eagles. The Cowboys swept the season series over their division rivals with the win, improving to 8-3. The Giants fall to 7-4, now seemingly out of the hunt in their division.