Cowboys come alive in second half, run away from Giants in NFC East showdown 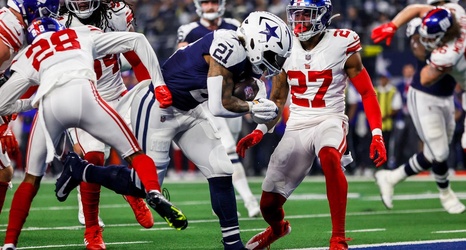 Rookie Peyton Hendershot ran for a 2-yard TD before directing all three of his fellow tight ends into a giant Salvation Army red kettle for a Whack-A-Mole celebration.

The victory ended a three-game losing streak on the holiday for the Cowboys (8-3), who moved a game ahead of the Giants in the NFC East while sweeping the season series.

Prescott's TD tosses to Schultz came about five minutes apart in the third quarter, turning a 13-7 deficit into a 21-13 lead.